BTC candles have closed green last six monthly for the first time since April 2013, trying to push it toward its previous record streak for bullish monthly green candles.

Previously in April 2013, Bitcoin closed at around $140 after marking six green monthly candles. While the markets would retrace to less than $100 over the next two months, Bitcoin would then surge 700% over the following six months and tag prices above $1,000 for the first time in history. 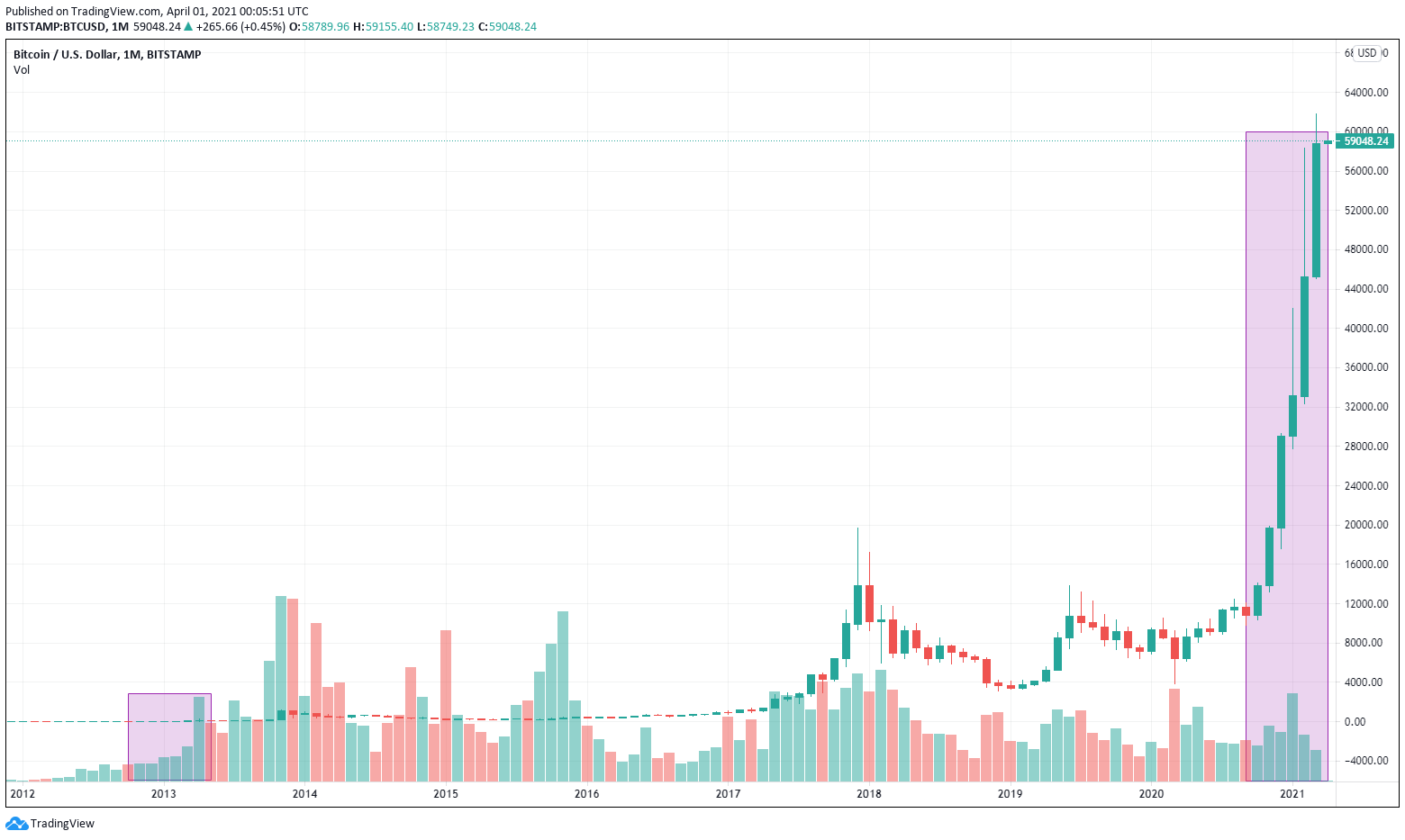 By analysing the chart, It seems like bitcoin posted a likewise similar pattern in the lead up to its parabolic bull run in 2017, with the candles showing five consecutive monthly green heading into September. While in September, BTC post range-bound merge, Bitcoin reached new all-time highs in October to rallied from $5,000 to almost touching $20,000 by the end of the year.

A Bloomberg strategist, Mike McGlone has stated that Bitcoin could be trading over $400,000 by the year 2022, if the market follows the trend witnessed during the years 2013 and 2017. McGlone claimed that Bitcoin is "well on its way to becoming a global digital reserve asset."

Peter Brandt, a professional trader and market analyst, is also bullish on Bitcoin, predicted BTC could further gain 50% and reach above the $200,000 mark. "I think we're in that midpoint pause where in 2017 Bitcoin swirled around for a month or two before we saw the final move up," he stated.

Though the past trends do not guarantee future performance and the history of green candles is quite dubious. Despite posting five green monthly candles in a row during late 2015, the early weeks of the year 2016 saw BTC crash to 20% before producing several months of tightening consolidation.

Likewise, the five consecutive months of bullish run that kicked off 2019 was followed by an extended downturn that impacted BTC went down over 60% from its 2019 highs amid the "Black Thursday" crash of March 2020.